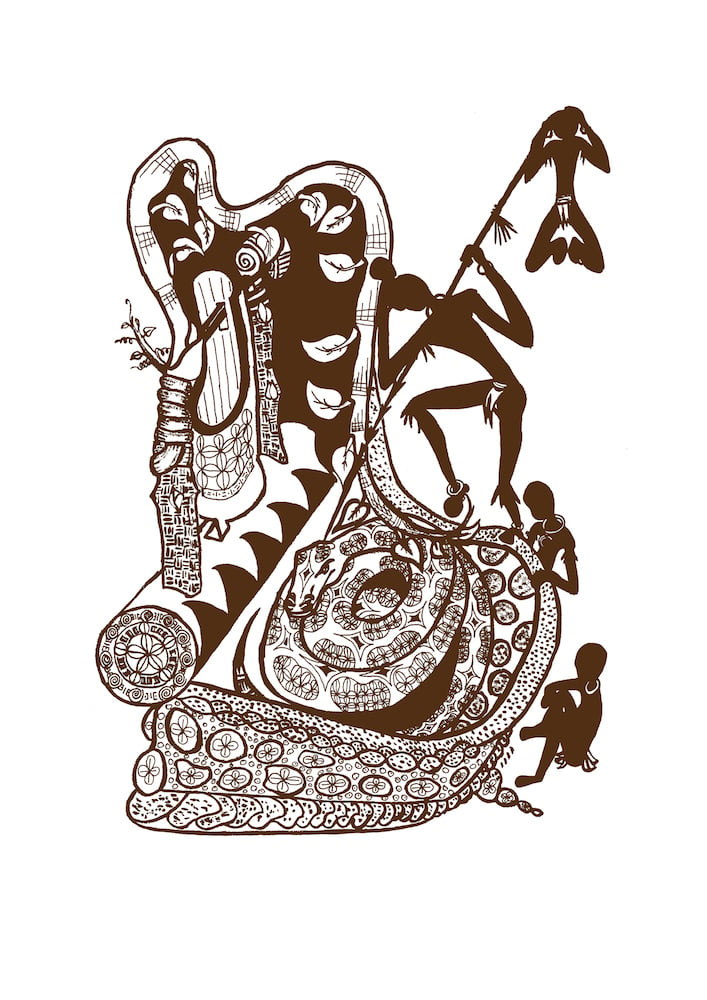 In the beginning the small island of Mataso had no coconut trees, then one day an orphan girl ventured into the garden and came across a large snake. She made friends with this snake and began a relationship where she would visit him daily. Eventually the girl became pregnant to the snake and this angered her relatives, so much so that they decided to kill the serpent. Aware of this the girl rushed to the snake to warn him of the danger, whereupon the snake replied, "If I am killed you are to sever my head and plant it in the soil near your house." Eventually the relatives killed the snake. The young girl proceeded as she was told by the snake and soon afterwards a sprout appeared from the ground. The sprout grew into the first coconut tree in Mataso, the fruit it bore helped nourish the girl and her child. The two never went hungry again and to this day Mataso Island is rich with coconuts trees.